Wings for Life World Run is a global race that aims to raise awareness and find a cure for spinal cord injury. Runners from all around the world start running at exactly the same time, and this year, our team joined them!

There was a lot of talk about Wings for Life in the last couple of weeks. It’s a global race created with the goal of finding a cure for spinal cord injury. This humanitarian goal inspires people all around the world and encourages them to participate in the race, which starts at the same time in different cities and countries. The most important thing about the race is that everyone can join, not just professional runners who can finish a marathon without breaking a sweat, but every person who wishes to participate. Even us who run only when we need to catch a tram on the way to work, and then feel the effects of that sprint for days. :)

You get the point, Wings for Life World Run is really made for everyone!

Most of you will agree that running might be one of the most difficult things to put on your “to do” list. It is also one of the most popular decisions everyone is introducing to their lives ‘from next Monday’. In these situations, people often lack that someone who’d push them to start with a physical activity and keep them moving. This can easily be compared to some daily situations at work, when you are trying to do your best and force yourself in order to boost your efficiency.

What you actually might need at that times is another opinion or just a word that’ll trigger a brand new idea in your mind, upgrade the basic version of your task or give you a new perspective that will keep you going. That’s something we recognised a long ago in Degordian, and from that day we started building a company culture which brings people together and helps them learn and improve their skills faster through the support of the other colleagues.

It’s exactly the same with running. At the beginning of the year, only two people from our office considered joining the Wings for Life race. A couple of motivational talks later, that jumped to 9 Degordians, although the majority of us were not fit enough to run 3 kilometers without a break, let alone something more!

We can look at this from a business perspective and consider that this run was a project of ours, and we have to do our best to meet the expectations. So what do you do when you start a project? You set up a goal and build a strategy that will lead you to it. Our goal was set from the start – taking a photo at the 10km sign! :)

HOW WE PREPARED FOR WINGS FOR LIFE

We approached this as we would approach any other project. Preparation is half the job, so we started preparing approximately two months before the race. In Degordian, every project we work on has a goal, a strategy, time tracking and specialists in charge of certain parts of the process. Besides that, all projects revolve around our core values:

For our Wings for Life race, we used that exact approach. We had a person in charge of defining a training timeline for those two months, as well as tracking our results. That kept us motivated and made sure we achieved the goals we set. We also used personal results from running apps to connect us and to keep us motivated, as there were times when you really didn’t feel like running, but then someone would post a screenshot of their daily results. After seeing that, you’d just have to put your sneakers on and go for a run.

Two weeks before the race, we introduced new tasks within the team:

HOW WE EXECUTED OUR WINGS FOR LIFE PLAN

And the day of the race has come. We were excited about race and the whole Wings for Life experience from the early morning. Our positivity and playfulness were visible before and during the race. We made a new friend from Zagreb and we were having a lot of fun even before the race started. Although the number of kilometers passed is not the only thing that counts, we really wanted to achieve our goals and even exceed them, to prove ourselves that we can go that extra mile when we need to.

Coming to Zadar, we picked our starting numbers, did a little warm-up and divide the team according to a preplanned running pace. Standing at the starting position was more than just about running, it’s actually a chit-chat time for sharing thoughts and last motivational words with friends and acquaintances. While “networking” is often heard during business events, it sounds too official for this occasion, so let’s just say we met some very interesting and inspiring people from different industries. Moreover, during the race we have made a new friend!

Then we heard the signal and the Wings for Life race started!

Thousands of runners and wheelchairs crossed the starting line and set themselves out on this exciting journey. The race in Zadar started at 1 PM, when the sun was at its highest point, and although there were lots of water stations available on the road, many runners needed a glass of water during the run. That’s when we saw just how awesome people are, as some of the hosts pulled out water hoses from their homes and helped runners refresh themselves and continued the race. Audience support was admirable and could be felt throughout the streets of Zadar, Bibinje and following towns (even though we didn’t reach them). ;)

WHAT WE LEARNED FROM OUR WINGS FOR LIFE RUN

The last phase of every project is the debriefing where we discuss what we learned from working on the project. We try to define points which would help us achieve better result on future projects. Here’s an overview of the things we learned and what we plan on doing for the next race:

WHAT’S NEXT FOR OUR WINGS FOR LIFE RUNNING TEAM

No matter what we do or what the project is about, the team and support we give each other in Degordian is what makes us push harder to reach that extra mile and deliver our best. After all, we wouldn’t run that much if we didn’t do it as a team, and in the end, the photo would not be same without all of the tired faces on it.

Wings for Life, see you next year with even more Degordians on board! :) 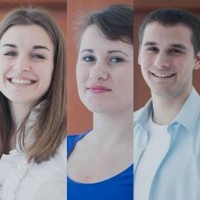 Future of Croatian national amateur running team, on a mission to make all Degordians running machines by combining their enthusiasm with Degordian values. Oh yeah, and big wine and beer lovers, you know, after the race. :)