When our friends at Bruketa&Zinic OM asked us to help them with the online part of Croatian Paralympic Committee campaign we were immediately excited.

First and the most important step was to create campaign goals:

As you can see, our goals were very ambitious, but then again, we had the perfect platform to achieve just that – Facebook.

The campaign was divided into three phases:

Teaser phase was created with the purpose of gathering fans on newly opened Facebook page. We wanted to create content that will generate new fans through organic growth. That content had to be visually attractive and shareable. Since our target was generally younger, urban people, we’ve decided to go with motivational messages and intelligent humor. Humor part was very important because we didn’t want to make people feel sorry for physically impaired athletes with this campaign, but to show them that they are very successful athletes and awesome people.

All visuals in campaign were aligned through style and font. When it comes to inspirational thoughts, we are aware that there are smarter people of us, so our community managers have found best quotes on the internet and adapted them for use in this campaign. After that it was up to Jurica Koletić, one of our best designers to create visual identity for teaser campaign.

Teaser campaign went great. Our posts combined got more than 1100 likes, more than 500 shares and total interaction per post on 1000 fans on the page was incredible 138,41 (average interaction for brands is between 5 and 10, the best pages usually have interaction around 15 or 20).

Launch phase was simple – premiere of TVC on our Facebook page. We have boosted Facebook post with YouTube video of TVC with one thousand kuna and the result was great – 496 likes, 25 comments, 63 shares. Amazingly, video was also shared by Paralympic Games page and IPC Athletics page!

In launch and post-launch phase we have revealed to our Facebook community that the page is about Paralympic athletes and other physically impaired athletes. We have started to communicate about athletes, their interests, sports and fun facts about them. Also, in this phase we have launched very convenient Facebook application – a map with all sport clubs where physically impaired people could play sports. In the app you could select a sport or a location and you would get the contact information and location of nearest club that fits your criteria.

During post launch phase we had nine posts which got more than 700 likes and 88 comments. Total interaction per post on 1000 fans during this period stayed very high – it was 67,55.

From a personal side, meeting with and learning about all those athletes so we can present them to the general public was motivation enough for me. After all, what we don’t have, makes us stronger! :) 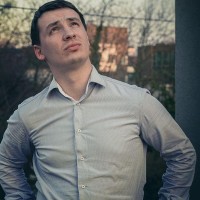 An expert in pranks, jokes and going over the top. Also, passionately in love with creative concepts and every one of his clients.

All stories by Ivan