Virtual reality has already been named the next big thing, and with reports saying it will soon become a multi-billion dollar business, now’s the time to act.

What’s the difference between VR and AR?

Even though they’re considered to be really similar, the technologies that make Augmented and Virtual realities are not one and the same. Augmented reality puts objects and interfaces in the existing environment around you (you can even experience it by using nothing but mobile applications) whereas Virtual reality puts you in some sort of imaginary or real digital world (to experience this, you need to use some form of a headset).

Current types of VR hardware can be divided into two main groups. The first group, which offers the best experience, consists of headsets like Oculus Rift or HTC Vive, that have to be connected to game consoles or PCs. The second group, which is weaker in performance but also more affordable, consists of headsets for mobile phones, such as Samsung Gear VR or Google Cardboard.

Google’s headset actually made headsets created out of cardboard extremely popular, as you can now make them yourself, and even order branded versions for your company.

Applications, movies, games… It’s possible to create various formats of content, so IT and VR specialists from around the world believe that it’s not the quality of hardware that’ll decide if VR really is the next big thing, but software development and quality of produced content.
Quality of produced content will determine if users are ready to purchase VR hardware. If their perception of quality is high, they will be ready to invest even more to get even better quality and experience.

While we’re talking about the types of produced content, they’re basically divided into two categories:

Application of VR in marketing

During 2015, we were able to witness VR campaigns from various companies, such as Volvo’s test drive application or Marriott’s Visual Travel Teleporter application. Earlier this year, McDonald’s turned their Happy Meal boxes into interesting VR headsets and, alongside Coca-Cola, confirmed the trend of turning packaging into cardboard headsets.

From trips and concerts to browsing or testing products and services, brands are already using VR in order to attract consumers and stay ahead of the competition. The only question now is, which brand from our area will be the next to create a cool VR campaign.

The future of VR

According to Juniper Research, more than 12 million headsets will be sold globally by the end of 2016, and more than 30 million by 2020. Further research and development of VR will surely give us new, not yet envisioned, ways to use this technology, like AT&T’s It Can Wait game, which shows us the dangers of using mobile phones while driving.

Development community is already working on solving motion sickness issues which can be caused by using VR, so that all those wanting a wild ride on a rollercoaster could enjoy it without problems. Further research and development of VR will surely give us new, not yet envisioned, ways to use this technology.

We’ve been experimenting with VR in our agency for a couple of months and we already have a few projects in the making – some for us and some for our clients. We also created a special VR development department with people who’ll work on research and development of those types of projects, which will enable us to offer clients VR apps and campaigns of the highest quality.

The enormous potential of this technology prompted us to take this step. We believe VR will soon become a big trend in our region and you’ll soon be able to see our VR projects on our social media channels. 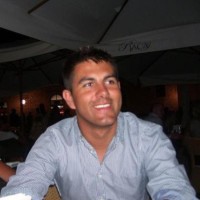 A non-typical CEO with great technical knowledge and a keen sense for people. Doesn´t sleep a lot because of so many ideas and so little time. Enjoys playing with LEGO cubes.

All stories by Tomislav